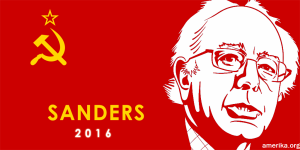 I commend Brendan Trainor for the talent he exhibits in his article, “Bernie Sanders, fascist” in the March 10th edition of RN&R. He has mastered the spin, hyperbole, and half truths by which progressive ideals are regularly slandered. Bravo! What ever he’s paid, it’s not enough. Such a stupendous effort deserves a proper analysis, and I hope I am equal to the task.

To lend an air of authority, he begins by providing a textbook definition of Socialism. But that definition isn’t Sanders’ platform– I suppose I could’ve stopped reading right there, but there were still more words in his article. We learn that Sanders visited the Soviet Union! And he got out alive? Obviously he’s either the Brooklyn James Bond or some Soviet agent. Trainor then expresses his concern for an entire class of Americans, “the wealthy,” and that Sanders wants to “generally make their lives miserable because they rigged the economy” and “restrict their rights to be involved in the political process.”  Unwrap that for a second. All these aggrieved wealthy folks did was rig the economy and political process so that millions of people lost homes, freedoms, savings, jobs, livelihoods, and even lives, and for expressing their American freedom in this way, Sanders wants to prevent them from doing it again, restore the siphoned off wealth to the people, and– Heaven forfend!– hurt their feelings? That’s not fair! Tyranny! Hell, a real fascist would line ‘em up against the wall! If only there was some street with a big beautiful, wall… oh wait. That’s a different candidate.

No attack on socialism is complete without the list of “free stuff.” Health care, tuition, food, rent… wait! They get free food? What, do they think food grows on trees? We should put those moochers in prison, so the government can pay  some corporation for their health care, food, and rent– you know, job creation! We’re told Sanders would double the minimum wage, and no business owner would make more than 4 times the lowest paid worker. Let’s do math. New minimum wage times four yada yada… all wealth would be confiscated over $132,000.00 per year? What maniac proposes such a policy? I’ll tell you. His name is Brandon Trainor, and he writes for RN&R. How did we get here from a 52% tax on income over $10 million? Easy– Trainor is lying. If a poor man could afford to go to school, perhaps he could start a business and not be poor anymore, and not end up at the free food/rent place. If he were really clever, he could make $133,000.00 per year and pay his employees $17.00 an hour. That actually sounds nice. And, under the Sanders plan, their taxes would be less.

When you’re a liar, words don’t have to mean things anymore. Let’s make a new definition for Fascism. What fun! “Fascism replaces free[sic] market production for consumption with production for state dictated outcomes.” But we already established that Sanders doesn’t intend to seize the means of production, he just wants to hurt rich people’s feelings and build roads and schools and stuff. This new Fascism also “takes many property rights away.” You mean, like, owning people? A cap on personal yacht ownership? Trainor doesn’t go into detail, but does say this new brand of Fascism fails to condemn discrimination against “white heterosexual males and Asians.” Presumably, Asians of all genders, but not the gay brown Asians. According to Trainor, these Fascists coerce people by disingenuously promoting equality of race, gender, and sexual orientation. Say what?How clever to redefine the defense of the liberty of disenfranchised groups as an affront to the liberties of someone else. When the government steps in to help  underrepresented, disenfranchised Americans, the victimized wealthy cry foul (and their wannabe poor white supremacist rubes), but when some white guy punches a gay hippie in the face, shoots a black kid in the back, or steals a fortune from millions of tax payers, that’s just a damn shame.

The rest is pretty much standard mudslinging. Trainor holds Sanders responsible for delays of care at the VA while he was chairman of the Veterans Affairs Committee, without a word about the bill he put together with John McCain to increase transparency and provide expanded care at outside facilities. Inaction is incompetence, but a self-proclaimed democratic socialist crafting bipartisan legislation and passing it through an obstructionist Republican-led Congress is not worthy of mention. Next, a quick tour of Europe, where we can ponder which countries are more or less socialist, and decide without much evidence that the ones flourishing are more capitalist while those languishing are socialist. None of them are Socialist, as Trainor so thoughtfully defined for us, but why quibble. It’s interesting that the four  countries with “debt, high unemployment and social unrest” all have better health outcomes than the US according to the WTO. The causality here is weakly implied, but good enough for the true believer.Then, the obligatory jab at the Socialist states in our own backyard, Cuba and Venezuela. Venezuelan Socialists must squander all the wealth they get from the “billions of barrels of oil” the US buys from them, right? That sounds great, except it was only 280,000 barrels in 2014, down 50% from 10 years before. Oil represents 95% of the country’s export income, and oil prices have dropped sharply in part because of expanded US production. Voila! You have a depression.Words and facts don’t matter when you just feel you are right. Strangely, not a word about the reasonably stable economy in democratic socialist Evo Morales’ Bolivia.

Trainor would have us ignore again that Sanders is not proposing to nationalize the means of production in the United States of America. Sanders is not stripping you of your rights. He is not coming with suede-denim secret police for you r uncool niece. Sanders is talking about raising taxes on the wealthiest individuals and corporations, who will still be stinking rich, and whose wealth is ultimately derived from the resources of our planet and the efforts of us all, in order to alleviate the suffering among the most vulnerable Americans. The beneficiaries will be our children and our child care providers, our veterans and our elderly, our neighbors and friends– and ultimately, all of us. The truth matters.